The Alternator is an electrical generator that changes mechanical energy to electrical energy in the form of an alternating current. The alternator basically recycles power that your battery uses when you are driving. It restores the power that’s used to run various things in your vehicle, such as heat, AC, radio, windshield wipers, and lights.

It takes a significant amount of energy to start your vehicle and keep it going and the alternator is important as it replaces energy from the battery. The power drawn from the battery will quickly run out if the alternator was not replenishing it. The vehicle’s electrical system relies on a well functioning alternator and, if it’s not working properly, leads to break downs and possibly expensive repairs. If the car alternator is deteriorating, there are signs you should be aware so you can have it checked out right away and have any necessary work done to avoid further issues.

The electrical components in your vehicle need the alternator for anything in the system to work. It sends power to the starter, ignition, and any of the other electronics in the vehicle. When an alternator is beginning to fail, you may begin to see that the headlights and dash lights become dimmer when you are in the car. Once the lights begin to wane, other electrical things may slow as well, like power windows and seats.

Most newer vehicles have an indicator light on the dash that warns you when the car’s alternator has stopped working properly. The light (called a CEL or MIL) is often orange or red and shaped like a battery or may say ALT or GEN. It may only come on when you’re utilizing more than one part of the vehicle’s electrical system depending on whether the alternator still has life in it and how much electrical draw the vehicle is currently using. 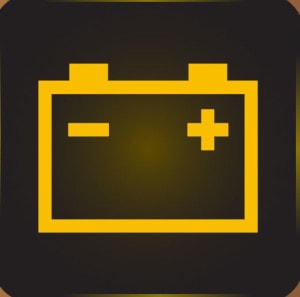 A vehicle’s battery cannot work forever. While batteries should have a lengthy lifespan, chances are they won’t last the life of your vehicle. An alternator’s job is to refill the vehicle’s battery but it can only do this if the battery allows it. If the battery does not have a lot of life left in it and doesn’t accept the alternator’s charge, the car won’t start. When a battery becomes weak or completely dead, an alternator cannot do its job. The way to figure out if the problem resides in the battery or the alternator is to charge or jump the battery then start the vehicle. If the battery is on its last legs, the car will run but only for a short time. This means the battery is the issue. If the car battery has been charged and the vehicle will not start, then test your alternator as that’s probably where the issue is. If the car battery is hot, it could be failing.

The alternator is not a stand-alone piece of the vehicle. It works with belts. When a belt cannot work freely, there is extra friction in the system and the belt gets hot. This produces the smell of rubber burning while you are driving. It’s close to the smell of a fire that may start in electronics. This could mean that the belt is sliding on the pulley in the alternator. If this is the case, check the alternator for poor output. To fix it, you may just need to tighten the belt. If this repair does not work and you are still getting the smell and low output, have the vehicle brought into your repair shop.

An alternator is made up of various parts that all work together. There are quite a few moving parts and, if one breaks, you will hear a scraping or screeching sound. This sound will also happen if the bearings are worn out or if the bushings that the alternator is on have gone. While it might be one specific part that breaks, the whole alternator is usually replaced as replacing individual parts can be problematic.

If you find you are having an issue with your vehicle’s electrical system, the alternator may not be the main issue but it is something that connects to the system and works in conjunction with it. Open the hood and take a look as it might be something you can actually see through a visual inspection. It may be a belt that you can see is either too loose or too tight or one that is broken or worn out, all of which are pretty noticeable. These are much cheaper to work on or replace than the alternator itself.

While you may or may not be mechanically inclined, knowing the signs of a bad alternator can save you a lot of guesswork if you see your vehicle’s electrical system failing. Having an idea about whether it’s the belts, internal alternator issues, or a battery can be significant when it comes to repairs and costs. Know the signs of an alternator going bad and you can make an informed decision about the next steps as you head to the mechanic or do the work on your own if you are able. Being able to diagnose the alternator issue is important so you know what your next steps are in maintaining your vehicle.